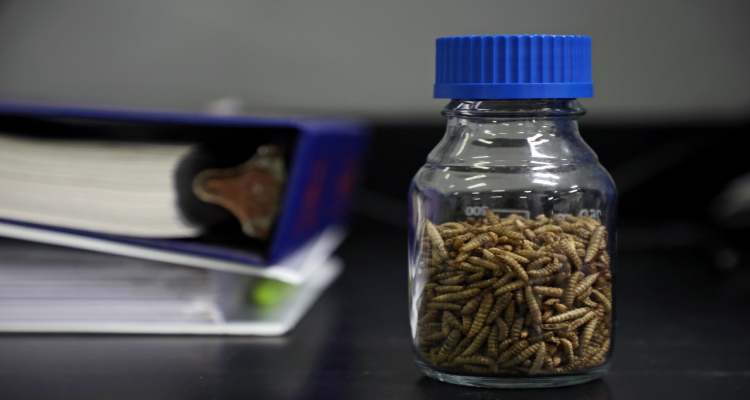 With the world witnessing a trend of increasing animal feed prices each year, it is becoming essential to find possible replacements for the conventional feed products. Livestock farming, aquaculture and aviculture are largely depending on feeds like fish meal, soymeal, maize and other grains as their major protein source. The cultivation of these crops results in larger environmental impacts like deforestation, biodiversity loss, climatic changes etc. The shipping and transportation of feed products across the world also contributes a large share of global warming. It is high time that we switch to sustainable, environment-friendly alternatives for feed products.

The rearing of insects is a traditional commercial practice for cultivating various commodities like silk, honey, lac etc. Insects such as silkworms and honeybees were commonly used for insect farming from very age-old days for their by-products. However, the rearing of edible insects as animal feed ingredient as well as for human consumption is increasing popularity worldwide.

It is evident to consider insects as a protein rich alternative replacing other expensive ingredients as protein source. This is more relevant in a context where the feed prices constitute approximately 70 percent of total livestock farming expense. They are a sustainable and viable replacement for soybean, fish meal and fish oil. Feeding insects, worms and maggots is a natural instinct for poultry, birds and fishes, thus including insect-based protein in their diet does allow them to be adaptable to this feed ingredient in a short span.

The commonly farmed insect species include Mealworms, Black soldier fly, housefly maggots, silkworm, yellow mealworm, several grasshopper species, etc. Certain insect species like black soldier flies (Hermetia illucens) can feed upon organic wastes and convert them into nutrient rich by-products. The larvae of such insects are an excellent protein source and can be used as itself or used as a feed ingredient in dried form. This capability of bsf to convert organic waste products into protein-rich feed component opens up an economic business opportunity.

Insects are identified to be a rich source of several micronutrients and macronutrients. For instance, BSF Larvae contain high levels of protein, amino acids, fatty acids, essential minerals including calcium, zinc, phosphorus, iron, potassium and magnesium, as well as essential vitamin content. Use of BSF in poultry and fish feed diet showed significant improvement in their weight gain and growth rate resulting in higher productivity. However, intensive research on the digestibility and the effect of insect-protein in the health conditions of animals need to be undertaken to fully identify the hidden potential of promoting insects as an alternative feed component. 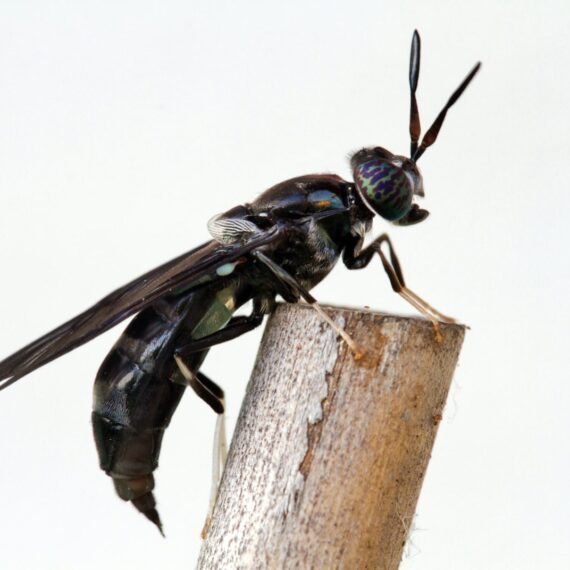 Many countries across the world have realized the potential of industrial production of edible insects. In western countries, the scope of insect farming is mainly associated with animal feed production rather than human consumption because of various social and cultural aspects. However, many countries in Asia, Africa and Latin America including China, Thailand, South and North Korea are already utilizing edible insects in their food and feed sector. Recent trends shows that the European Union, United states and Canada becoming the industry leaders in the edible insect market for achieving a mission of global food security.

Other positive aspects of industrial insect farming are that they have a lower impact on environment in its cultivation process and can be farmed with relatively less resources like water, land and energy. The immense reduction in land use and reduced greenhouse gas emissions makes this a sustainable alternative compared to conventional forms of feed production. Moreover, insects can consume organic waste including food and organic waste thus harnessing the waste management crisis. They have high feed conversion ratios and high nutritional value making them a good quality livestock feed substitute. Undoubtedly, the insect industry makes a pretty good contribution in the circular economy across the globe.

November 8, 2022
What are the steps to start a successful fish farming business
Categories
Quick Contact

If you have any questions or need help, feel free to contact with our team.